Things are a little crazy around our house but maybe I can share a quick update, and spam everyone with baby pictures. We decided to move – we are going to be moving from Delaware to South Carolina!

We had planned for Ellie and I to go there anyway, while Greg was in training, but since we are still waiting on news on that, we are all going down to my mom’s house. Our apartment is getting too crowded and we both need a break from the schedule we were following. If we hear back that Greg’s application went through, he’ll go to military training, and if not we will probably stay in SC and look for a place down there. Either way, we will be moving this weekend!

Ellie has been up to so much, lately. I can’t believe how much she changes so quickly. 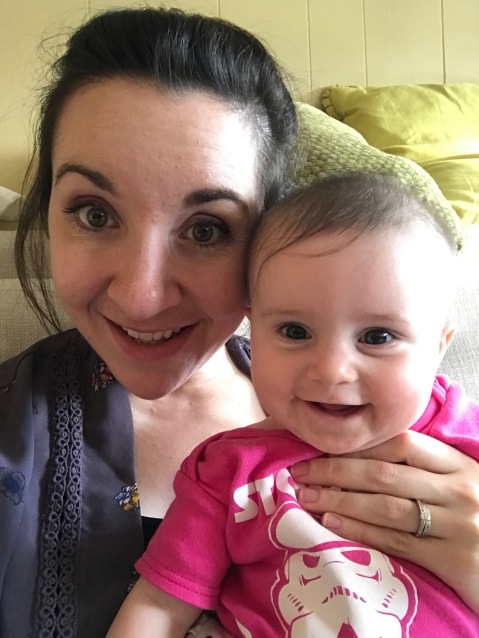 She loves taking selfies with me.

She can stand pretty well on her own, with a little help for balance! 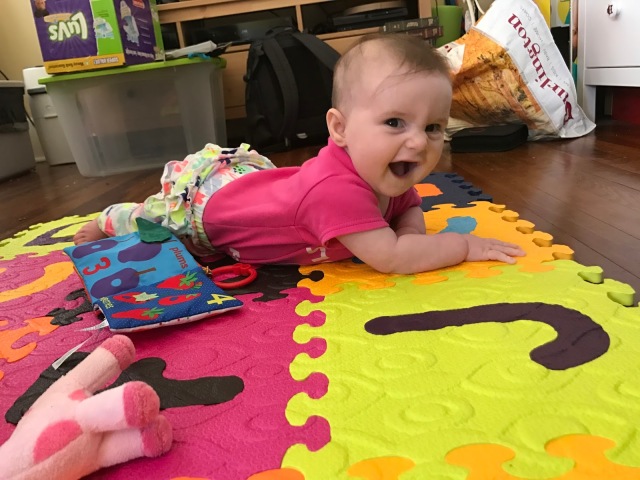 She can rotate 360 degrees on her play mat and tries really hard to crawl. Babyproofing will be needed as soon as we move! 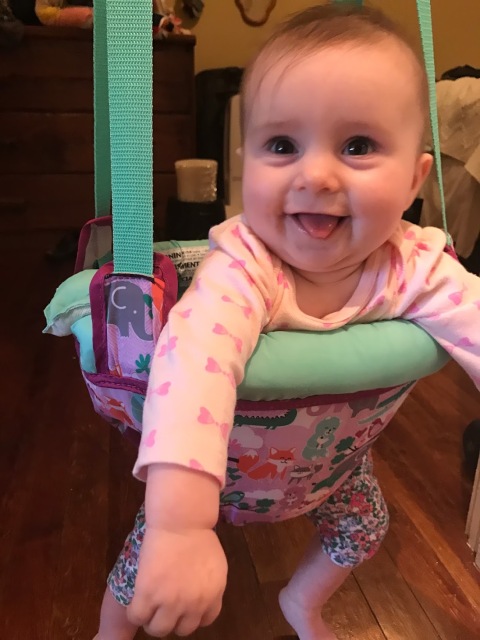 The Exersaucer is her favorite thing. She will jump around and babble all day in it. 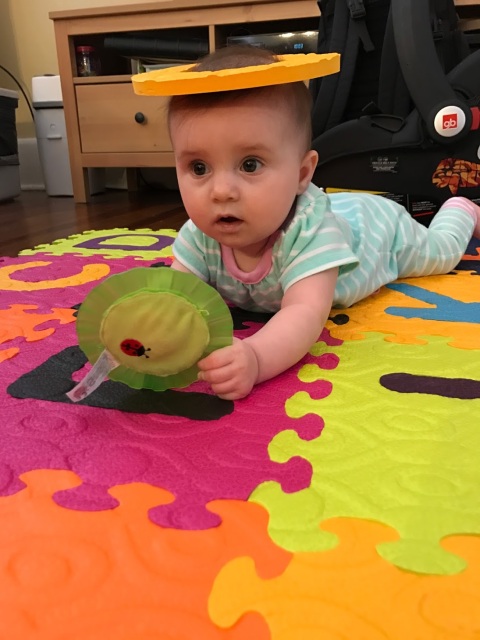 She loves her Sassy zebra and giraffe toys, and Greg loves to stick things on her head.

She also loves to rip out chunks of my hair, so it’s up pretty much all the time.

She does really well sitting up on her own, until she falls over.

She’s more interested in eating her bib and playing with her chair than actually eating her oatmeal cereal.

She loves to smile.

Sometimes she is SUPER happy to see me in the morning. 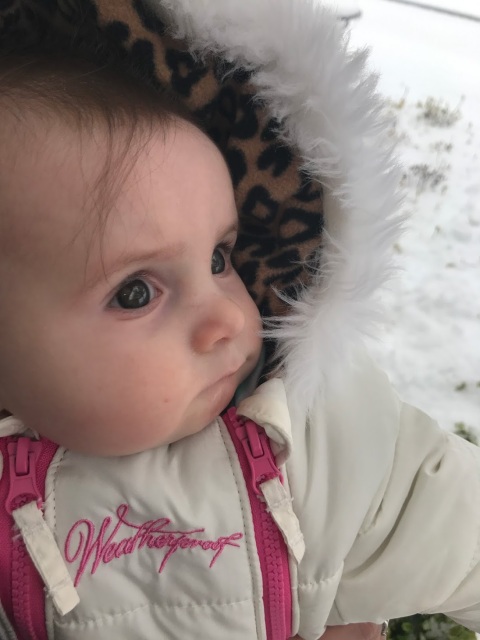 She saw her first snow storm and was very interested but wasn’t a huge fan. I’m glad we had one big snowfall before we move!

She keeps growing! She’ll be 6 months in 2 weeks, and we just bought 9 month jammies yesterday because she’s too long for her 6 month ones.

Our sleep has improved, although you never know when babies are going to change things up. We may have to work on it again once we move – we’ve been doing some sleep training, which has helped us all get a little more sleep. If only I could sleep train my cat so she would stop clawing the door at 5 am for me to feed her.

Fashionista
Happy Valentines Day!
She insisted on the Halloween pants and the picture 😍. #threeyearsold
Full disclosure, her socks also had stripes
Zoo buddies