I totally missed the last one of these, because what’s new with me was that I pretty much turned into a sloth, exhausted all the time! Thankfully, now that the first trimester business is over, I actually have some energy back and can do real people stuff.

The ability to watch a full movie without falling asleep should not be underestimated. I have been up to a few things this month..
Supporting a baby alien:

Obviously, this was the coolest part of my month. I have a little potato/alien baby growing inside me.
Food:

I have to admit something with the food that was kind of a big deal for me when making a decision. I’ve gone from vegan to vegetarian during pregnancy.
I was struggling for a while to make the vegan happen, but I was constantly craving foods I don’t eat and I was even craving meat, which was unusual for me. I haven’t had any meat cravings since going vegan two years ago, but my body wanted so many different things than it usually does. I’m not eating meat, but I am eating dairy/eggs for now as well as vegan stuff, because I felt like I needed to do what my body was telling me.
I also had a LOT of food aversions to things I usually love, which have become not as strong, lately. My food tastes are evening out a little, thank goodness, and I can eat some of my normal foods, like the vegan tacos from my favorite taco place above! I know lots of people do vegan pregnancy and it’s possible, but it didn’t seem like a good idea for me.
Purchases: 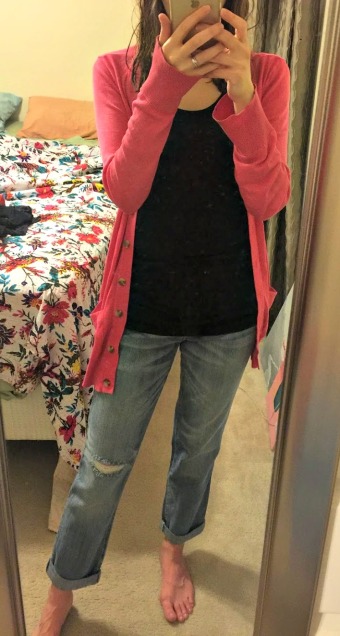 Sweater: Target (similar) // Tank: MM // Jeans: MM
I finally gave in and bought some maternity jeans and it was the best decision ever. They are so soft on my legs and obviously the best part is they aren’t strangling me around my waist like most of my other pants. I also bought a couple tanks to wear with sweaters.

Mouse: Target // Cards: Target (similar or similar)
My mouse for my laptop broke, so I needed a new one and found the cutest one ever at Target. I also found these awesome unicorn thank you cards there, so I snatched those up. I couldn’t find the link online so they may only be in store, but Etsy has some fantastic unicorn choices. 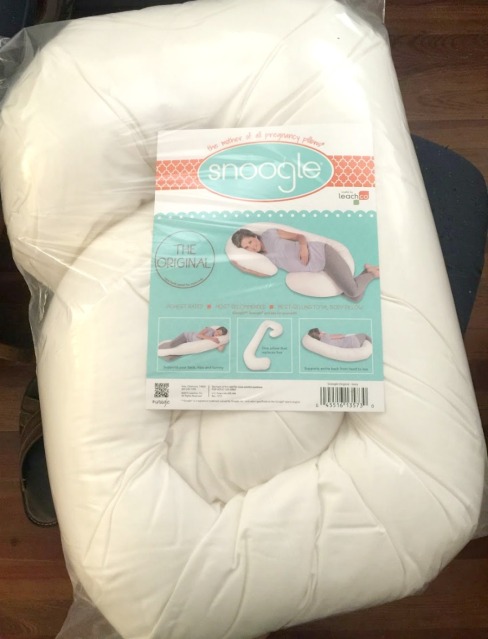 I bought myself a Snoogle pillow after seeing all the reviews raving about it, and they are not lying. It totally works for me. I sleep like a rock using this. All my other pillows have been moved to the other side of the bed. It’s just me and Snoogle now, and I love it.
Travel: 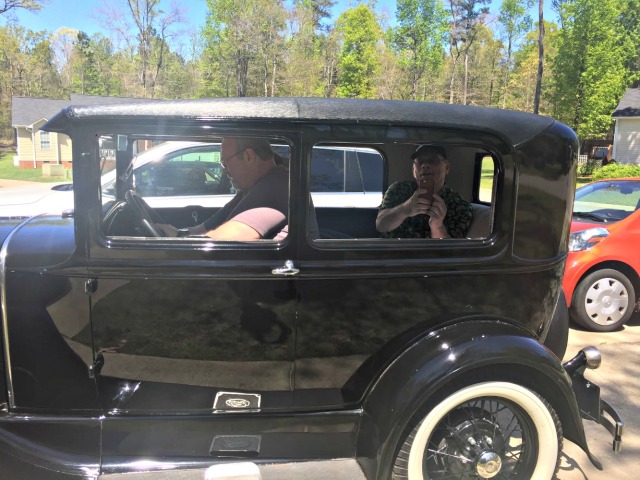 I traveled to South Carolina to visit my family and tell them the news. It was a good chance, because my uncle and aunt only come down from California and Virginia to stay at my grandma’s every couple years. It was a lot of fun!
They are riding in my mom’s boyfriend’s (driving) Model A above. BTW, that is not the car I drove down! You can see part of my little hot lava ride in the background. 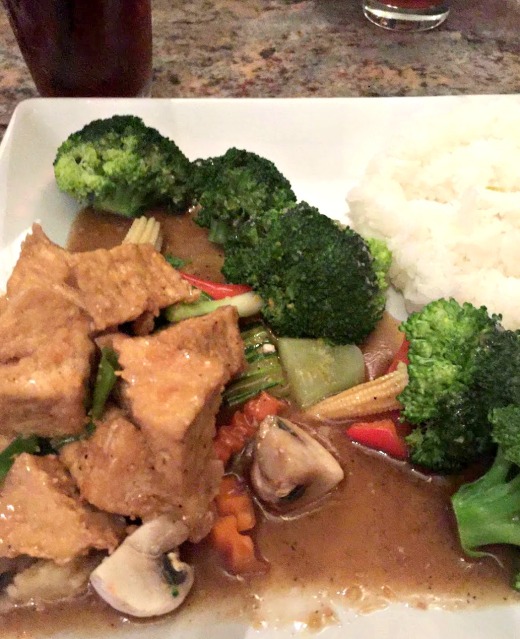 We ate lots and lots of food and Mom took us to her favorite Thai place, where they had tofu and vegetables and it was all amazing. I would like to learn to make my tofu that delicious. 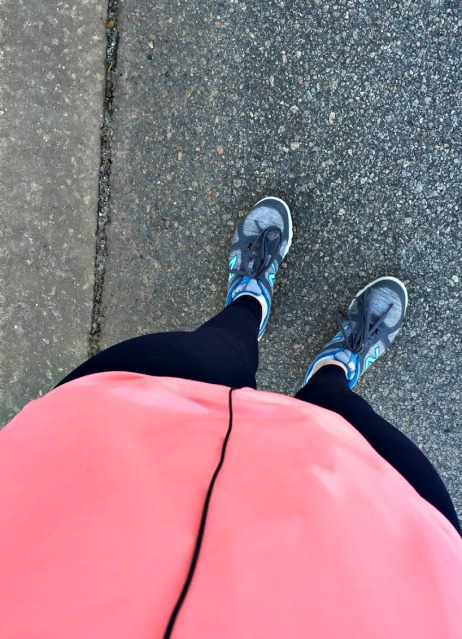 I even got a couple run/walk’s in, even though I forgot my running shoes. I borrowed Mom’s and they did the trick.
It was overall an awesome trip and my family is my favorite thing ever. It feels so great to be around them when we don’t see each other for so long, because we all live all over the place. They are all super excited at the news and we did lots of baby shopping. We bought a few things and I got one registry started and I have one more to go at a different store.
That’s it! I have one day off before I get back to work, but the break was definitely relaxing.

14 thoughts on “March In a Nutshell”